FEATURED VERSES
The Blessed Man
Delighting in the Word
Like a Tree
The Leaven of the Kingdom
Trust in the Lord
All Things Work Together for Good
Wisdom from God
Cast All Your Cares on Him
Seek First the Kingdom
Jesus Came to Give Life
The Lord is My Shepherd
With Long Life
Be Still and Knowe
Perfect Peace
The Lord Will Fight for You
Wait on the LORD
Peace and Prosperity
God is With You
Love God
Fear Not
Call Upon the LORD
Effective Prayer
Resist the Devil
The LORD is My Helper
The Faithful Man
My God Shall Supply
Those Who Know His Name
His Plans are Good
I Will Be With You
God is a Rewarder
The Benefits of the LORD
Whom Shall I Fear?
Saved by Mercy
He Commands His Lovingkindness
Seek Him Early
Give Thanks
He Loved Us 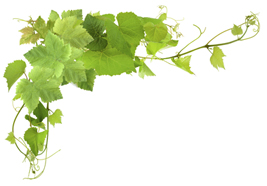 Titus 3:5 Not by works of righteousness which we have done, but according to his mercy he saved us, by the washing of regeneration, and renewing of the Holy Ghost;

The concept of salvation by grace is difficult for the natural mind to accept. We have been taught from childhood that nothing comes free in this life. It all must be earned, and some might add, by the sweat of your brow. Yet the Bible teaches us that God’s salvation cannot be purchased or earned. It is referred to as the free gift of righteousness. Under the law of Moses men struggled to earn their way into God’s favor by keeping and doing all the commandments of the law. Yet it was to no avail., as no one attained to righteousness through the law.

Psalm 14:2 The LORD looked down from heaven upon the children of men, to see if there were any that did understand, and seek God.
Psalm 14:3 They are all gone aside, they are all together become filthy: there is none that doeth good, no, not one.

Though many had diligently endeavored to keep the law of Moses and attain a righteous standing with God, none had achieved that goal. The verse we are looking at in Titus 3:5 tells us that it is not because of the good works of righteousness that we have done that God has saved us, but according to His mercy.

Mercy is defined by Oxford Languages as forgiveness shown toward someone whom it is within one's power to punish. Mercy by definition is kindness given to someone who does not deserve it. It is by the Lord’s undeserved and unearned kindness that we are saved, and by nothing that we have done to gain that kindness.

Rejoice today that God has not required us to perform good works to gain favor and acceptance with Him, but He has called us instead to believe in His mercy and kindness, and to receive the free gift of righteousness through faith in the finished work of Jesus Christ at Calvary’s cross.

Educational and Religious Content. The information on this site is for educational and religious purposes. No representations or warranties of any kind are made concerning the accuracy of the site content. No liability is accepted for any damages alleged to have been caused from using the information in this site’s content. The content of this site is not intended to provide personal, psychological, or medical counselling for any individual situation or problem. Readers should consult a professional for such issues. Site content is of a religious nature, and for educational purposes only.